Our Adventure Into Augmented Reality

With the constant change in technology, the possibilities of what you can do with media today is amazing. A prime example of this is something called Augmented Reality or AR. Within this blog I’m going to cover what AR actually is and how we can use it to provide a more interactive experience for the viewer and our possible future clients.

What Is Augmented Reality (AR)?

Augmented Reality, most commonly know as AR, is a way of creating an interactive experience out of a real-world environment. This is where an object in the “real-world” is “augmented” or combined with computer-generated  information like a hand waving or an animal coming out of an image. The overlaid augmented information can either be constructive (i.e. Combined with the natural environment) or destructive (i.e. Covering of the natural environment) and is combined with the physical world in such a way that it is seen as part of the “real-world”. It’s a common misconception that AR and Virtual Reality are the same thing, this is not true. Augmented Reality alters the perception of things in the “real-world” while Virtual Reality completely replaces the users “Real-World” environment with a simulated one.

We were asked if we would like to have a banner outside the John Smith’s Stadium. We liked the idea and thought it would be great to do something a little different, so we looked into how we could make our Social Progress banner interactive. The best option that came to mind was to create some sort of Augmented Reality.


After a bit of chatting through how it could work with John Polley, of John Polley Brand Design who is the graphic designer we use for our creative assets, and investing a little bit of time into the ins and outs of Zapworks, we felt confident that we could do this. But first we would need to know what we wanted to achieve as an outcome. Eventually we decided to go with a favourite of ours…. The #SoProHigh5. This would now mean that John could design us a banner with the #SOPROHIGH5 on and we also needed to generate a Zapcode. A Zapcode is something like a QR code in which it reads it and bring your augmented reality to life. Once the banner was complete it was then passed onto Alex to make an animation of the High5 and work his magic in Zapworks to bring this all to life.

How do I get involved?

Getting involved isn’t as hard as you would think, it’s as simple as 1,2,3.

First of all, you’ll need to visit your mobile devices app store and download the free app called ‘Zappar’. Depending on the make of your device this could be either Google Play or the Apple App Store. Why not click the chosen store you would like to download the App from to give it a go?

Next, you will need to open the app and aim it at something called a Zapcode which will look a little something like this…

Finally,  watch the Zap come to life!! Why not Zap the picture below to reveal a hidden video? 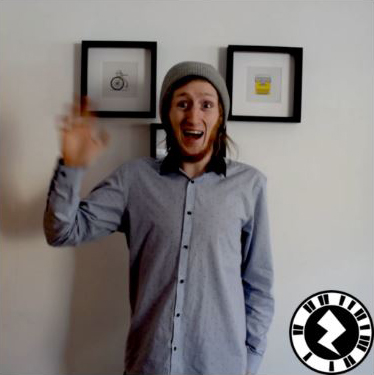 With augmented reality being used more and more in today’s society, whether it’s for work, education or just for fun, the possibilities are endless. Where would you most like to see AR being used? Let us know a project we can help you with.